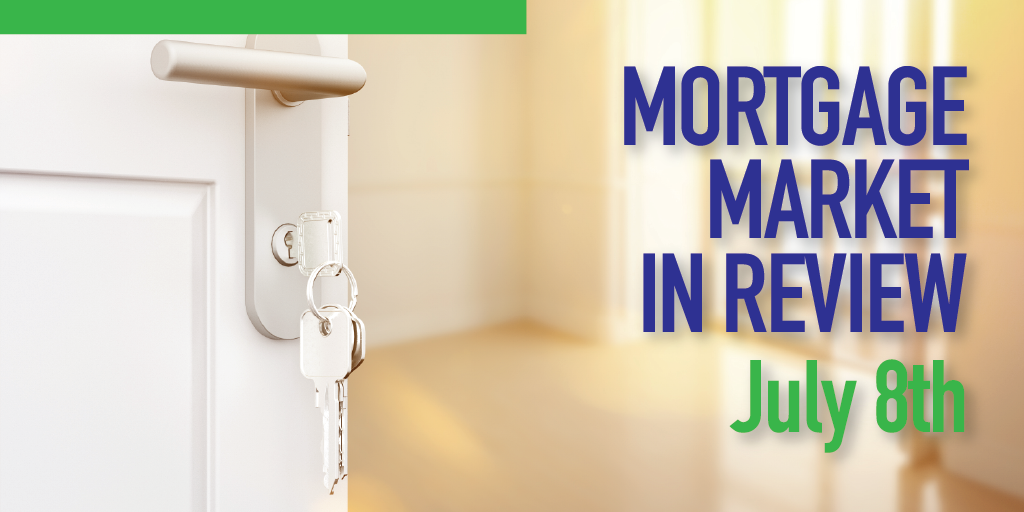 Mortgage bond prices finished the week a little lower which put some upward pressure on rates. We started the week on a slightly positive note with tame data. The ISM index report showed a reading of 51.7 versus the expected 51.5. The ADP employment report showed a job increase of 102K. Analysts expected a larger increase of 142K. Weekly jobless claims were near expectations at 221K. The trade deficit was a little higher than expected at $55.5B, expected $54.5B. The payrolls component of the heavyweight employment report sent MBS prices lower and rates higher Friday morning. Unemployment was 3.7% versus the expected 3.6%. However, non-farm payrolls rose 220K versus the expected 160K. This cast doubt on the case of a Fed rate cut sooner rather than later. Mortgage interest rates finished the week worse by approximately 1/8 of a discount point.

The Fed Chair delivers the Federal Reserve’s semiannual report on monetary policy, familiarly called the Humphrey-Hawkins report, to both the House and Senate Banking Committees in February and July. The House testimony will start this week at 10am et on Wednesday July 10th.

The report is one of the most important speeches given by the Fed Chair and was originally mandated by the Full Employment and Balanced Growth Act. The remarks made to each committee tend to be identical in nature and address basic economic principles. The areas addressed tend to be the overall state of the US economy, recent developments, economic fundamentals, foreign developments, economic outlook, ranges for growth, and concluding remarks. Senator Hubert Humphrey and Representative Augustus Hawkins originally sponsored the legislation in 1977.

There is a potential for market volatility anytime Fed Chair Powell speaks. Exactly what rates will do is unknown, even to Powell. Therefore, a cautious approach to rate decisions is prudent heading into this event.