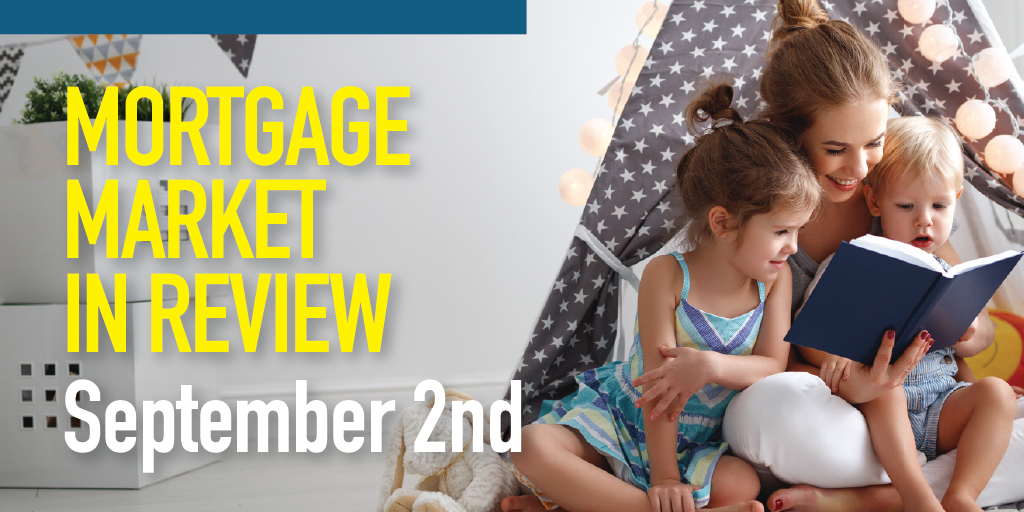 Mortgage bond prices finished the week higher which put downward pressure on rates. Most of the economic releases were near estimates. Stocks and bonds fluctuated each day with a lot of trading influenced by newswire stories about the US/China trade war. FHFA House price index rose 0.2% as expected. Consumer confidence was 135.1 versus the expected 129.6 reading. Long-term treasuries tested historic lows as fears of a recession grew. Mortgage rates fell but not at the same pace as treasuries. Core PCE inflation, the Fed’s preferred gauge, rose 0.2% as expected. Income rose less than expected while spending was higher. Consumer sentiment data Friday morning gave a different outlook than the earlier confidence figure with a surprise to the downside. Mortgage interest rates finished the week better by approximately 1/8 of a discount point.

The employment report provides an abundance of information for many sectors of the economy and is probably the most important piece of data released each month. Not only does the release give basic employment payroll statistics for the major working sectors, it also provides the average hourly earnings and the average workweek. Economists use this information provided by the Bureau of Labor Statistics (BLS) of the U.S. Department of Labor to estimate many other economic indicators such as industrial production, personal income, housing starts, and GDP monthly revisions. Since there is little data for economists to base their estimates on, the margin of error for the estimates tends to be high. As a result, the employment report can cause substantial market movements. The BLS compiles data from two unrelated surveys that they conduct, the household survey and the establishment survey, in order to complete the report. This explains why there is sometimes a divergence between the unemployment rate and payrolls figure. Be alert heading into the release.