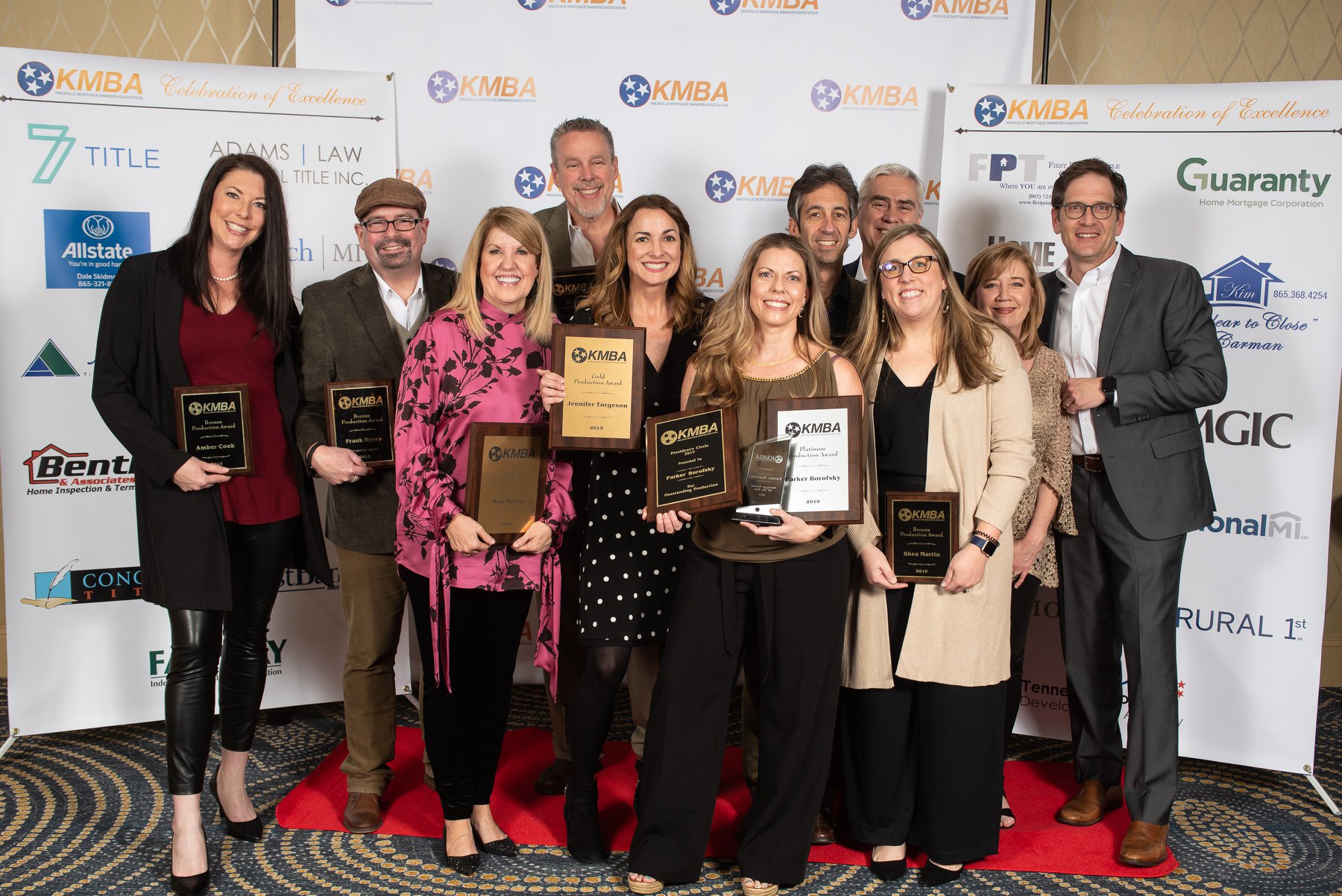 The KMBA recognized the 40 loan officers from a dozen MIG branches across the region on Friday at its annual Celebration of Excellence Awards Banquet at the Downtown Hilton.

“Having such a high number of our loan officers recognized is, at its base, recognition of their high degree of commitment to serving their clients’ needs,” said MIG Executive Vice President of Production Steve Smith. “The home-buying process is a very personal and emotional process. Client satisfaction and their referrals are what continue to build the business of the loan officers recognized by the KMBA.”

The KMBA’s top honor of 2019 Mortgage Banker of the Year went to Parker Borofsky.

Parker, Lisa Wiles, who manages MIG’s thriving Downtown Knoxville branch, and Debbie Windisch, a senior loan officer in MIG’s Bearden branch, also received the KMBA’s Platinum Award and were inducted into the association’s President’s Circle, which recognizes the top three loan producers in the area served by the organization.

This is the first time in MIG’s 31-year history that it has had this many loan officers recognized in a single year by the KMBA, Smith said.

Also at the banquet, the KMBA inducted MIG’s senior vice president of Sales and Production, J.R. Huber, as it’s 2020 board president, as well as Jen Green, MIG’s post closing manager, as a Lendor Director.