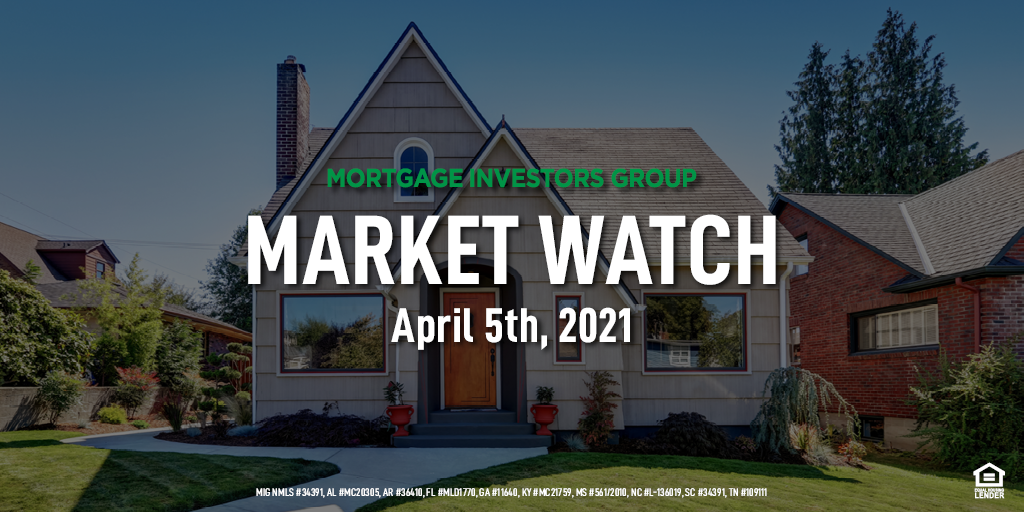 Mortgage bond prices finished the week lower which put upward pressure on rates. Rates improved slightly Tuesday and Wednesday but saw some heavy selling pressure Friday morning. Most of the data was solid. The stronger than expected payrolls component of the employment report erased the earlier improvements. Unemployment was 6% as expected. However, payrolls rose 916K vs the expected 647K. The FHFA house price index rose 1.0% as expected. Consumer confidence was 109.7 vs 97. ADP employment was 517K vs the expected 500K. Weekly jobless claims were higher than expected at 719K vs 696K. ISM index was 64.7% vs 61.5%. Mortgage interest rates finished the week worse by approximately 1/8 to 1/4 of a discount point.

The Federal Open Market Committee (FOMC) consists of twelve members–the seven members of the Board of Governors of the Federal Reserve System who are appointed by the President to staggered 14-year terms; the president of the Federal Reserve Bank of New York; and four of the remaining eleven Reserve Bank presidents, who serve one-year terms on a rotating basis. The rotating seats are filled from the following four groups of Banks, one Bank president from each group: Boston, Philadelphia, and Richmond; Cleveland and Chicago; Atlanta, St. Louis, and Dallas; and Minneapolis, Kansas City, and San Francisco. Nonvoting Reserve Bank presidents attend the meetings of the Committee, participate in the discussions, and contribute to the Committee’s assessment of the economy and policy options.

The FOMC holds eight regularly scheduled meetings per year. At these meetings, the Committee reviews economic and financial conditions, determines the appropriate stance of monetary policy, and assesses the risks to its long-run goals of price stability and sustainable economic growth. The Fed members are not required to serve all 14 years, and some retire or resign early as we have seen lately. Jerome Powell took over as chair for Janet when she retired despite her appointment extending into 2024. The makeup of the Fed is important because it is the most powerful financial institution in the world and is a huge factor in mortgage interest rates.