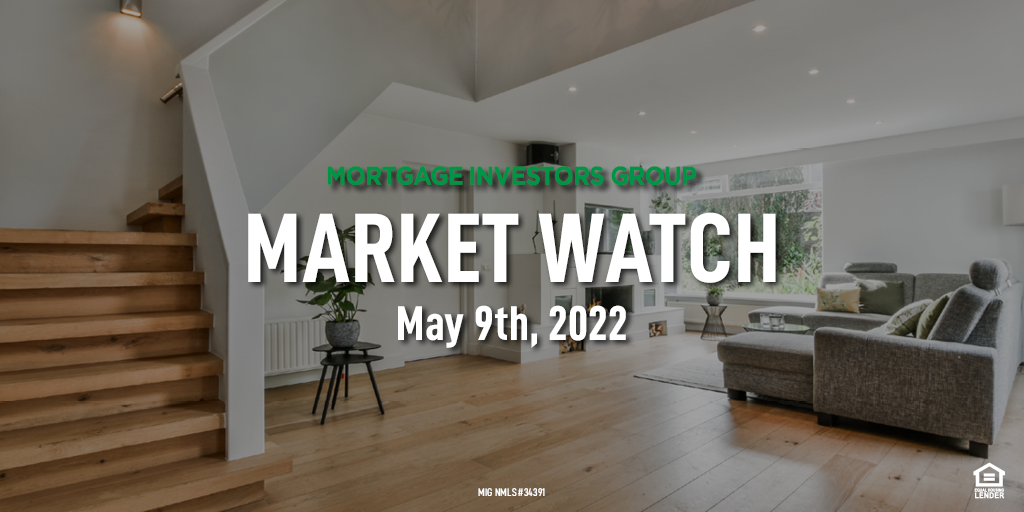 Mortgage bond prices finished the week lower which put upward pressure on rates. Trading was very volatile with large movements throughout the week. The Fed raised rates 50 basis points Wednesday and released their plans to reduce their balance sheet. The short-term reaction was good for stocks and bonds, but the positive movements were short-lived as selling pressure emerged Thursday. The data was mixed. ISM Index was 55.4 vs 57.5. Factory orders rose 2.2% vs 1.2%. ADP employment was 247K vs 400K. The trade deficit was $109.8B vs $104B. Weekly jobless claims were 200K vs 182K. Productivity fell 7.5% vs down 4%. Unemployment was 3.6% as expected. Payrolls rose 428K vs 415K. The higher payrolls figure added to wage inflation fears. Mortgage interest rates finished the week worse by approximately 3/4 of a discount point.

Over time, the Committee intends to maintain securities holdings in amounts needed to implement monetary policy efficiently and effectively in its ample reserves regime.

To ensure a smooth transition, the Committee intends to slow and then stop the decline in the size of the balance sheet when reserve balances are somewhat above the level it judges to be consistent with ample reserves.

Once balance sheet runoff has ceased, reserve balances will likely continue to decline for a time, reflecting growth in other Federal Reserve liabilities, until the Committee judges that reserve balances are at an ample level.

Thereafter, the Committee will manage securities holdings as needed to maintain ample reserves over time.”