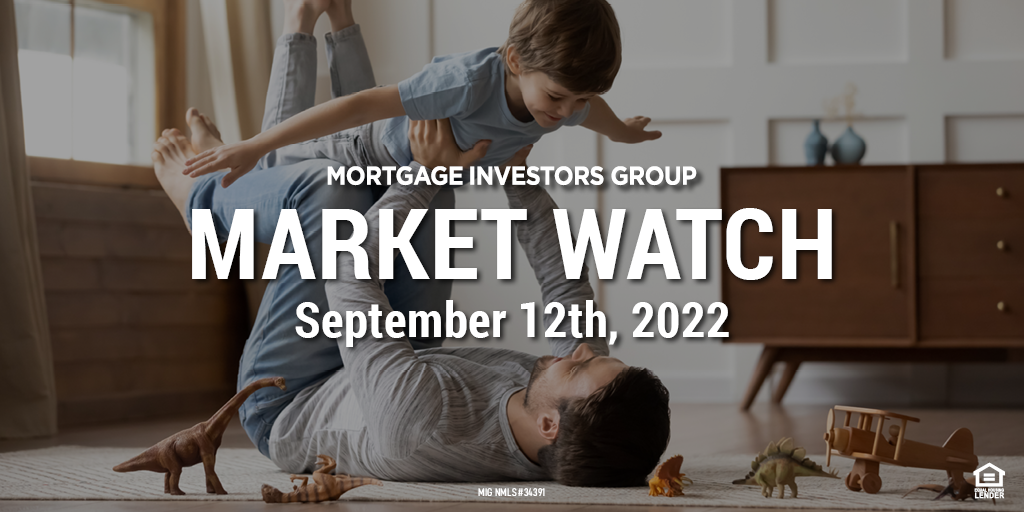 Mortgage bond prices finished the week lower which put upward pressure on rates. We started the week on a negative note following the extended holiday weekend. Vice Fed Chair Lael Brainard issued a speech entitled: Bringing Inflation Down which noted, “the effect of the increased policy rate and pace of balance sheet shrinkage should put downward pressure on aggregate demand, particularly in interest-sensitive sectors like housing.” She noted, “Monetary policy will need to be restrictive for some time to provide confidence that inflation is moving down to target.” There were very few economic releases. The trade deficit was $70.6B vs the expected $70.2B. Weekly jobless claims were 222K vs 242K. Consumer credit was $29.8B vs $35B. Mortgage interest rates finished the week worse by approximately 3/8 of a discount point.

The Consumer Price Index is widely accepted as the most important measure of inflation. The CPI is a measure of prices at the consumer level for a fixed basket of goods and services. The National Statistics Office and the Bureau of Agricultural Statistics of the Department of Agriculture collect price data for the computation of the CPI. Since it is an index number, it compares the level of prices to a base period. By comparing the level of the index at two different points in time, analysts can determine how much prices have risen in that period.

Unlike other measures of inflation, which only factor domestically produced goods; the CPI takes into account imported goods as well. This is important due to the ever-increasing reliance of the US economy upon imported goods. Analysts primarily focus on the core rate of the CPI which factors out the more volatile food and energy prices. Oil prices are always a concern from an inflation perspective. Inflation, real or perceived, erodes the value of fixed income securities such as mortgage bonds.