The American Dream: Looking at the History of Home Mortgages

The American Dream: Looking at the History of Home Mortgages 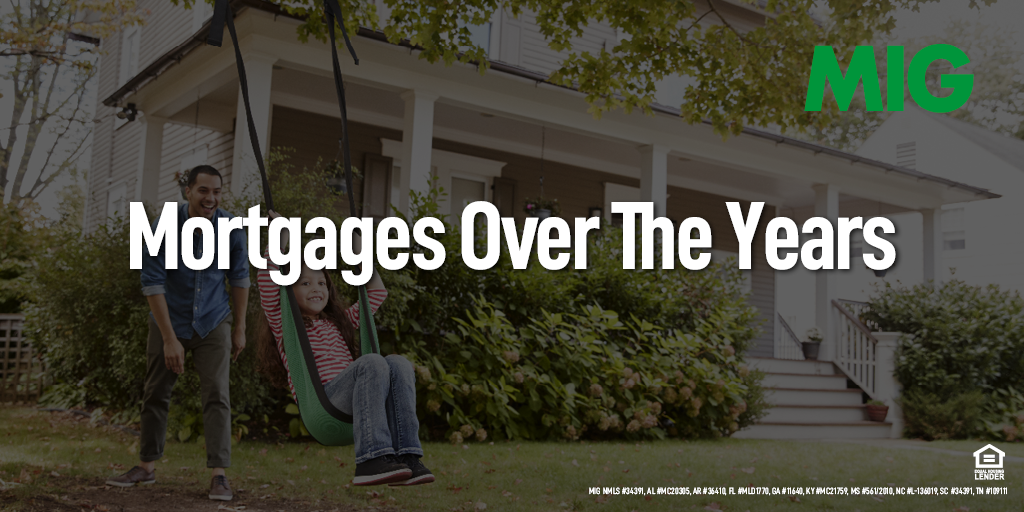 Buying a house is a big part of the American dream. Mortgages are a necessary means to that end for most hopeful homeowners. When did mortgages come to be? And how have they changed over time? Let’s dive into the history of home mortgages to help you understand why certain lending criteria have been put into place to protect both lenders and homebuyers.

Yes, mortgages were available before the 30s, but they weren’t attainable for many people until the Federal Housing Administration (FHA) was created. This loan program increased the number of years a mortgage could be spread out, and decreased the required down payment. These new terms made mortgages more affordable to a wider audience.

In 1938, Fannie Mae was created to increase the amount of money that was available to hopeful homeowners. This put an end to bankers just loaning to people they knew, as Fannie required borrowers to meet consistent and objective criteria. After World War II, soldiers came back to the states and wanted to buy a home. The Veteran’s Administration created the VA loan to increase home ownership rates for veterans.

The Equal Credit Opportunity Act passed in 1974, which brought women into the market for mortgages. Up until then, they needed a co-signer, regardless of their income.

The Fed tightened the money supply at the beginning of the decade, resulting in the highest ever mortgage rates of 18.45%.

Later in the 80s, adjustable rate mortgages (ARM) came on the scene. While they made sense for some buyers, they weren’t a good choice for others. Many homeowners ended up swamped with a large mortgage they couldn’t afford to pay.

When the government made a goal of increasing homeownership rates, requirements were relaxed and the sub-prime market boomed. People who should not have been qualified for a mortgage were approved to achieve this goal. In 2008, the housing bubble burst and foreclosures soared. Many of the homeowners who had taken advantage of sub-prime mortgages ended up not making their payments. Home prices bottomed out, causing millions of homeowners to be underwater on their mortgage (which means owing more on the home than it’s worth).

The U.S. government ended up bailing out Fannie Mae and its counterpart Freddie Mac. Sweeping mortgage regulations came through starting in 2009.

Mortgage rates stayed low but regulations on qualifying for a mortgage were stringent. The Home Affordable Refinance Program (HARP) and HARP 2.0 assisted many underwater mortgage holders who had kept up their payments in getting refinanced into a better loan.

This decade also made mortgage lenders put barriers in place to stop the rampant amount of mortgage fraud.

Mortgage rates were historically low, making it a great time to purchase a home.

Mortgage rates are low and regulations have loosened a bit since the mortgage meltdown, but still more rigorous than before 2008. As always, reputable FHA mortgage lenders are integral in helping you secure the best mortgage loan for your specific situation.