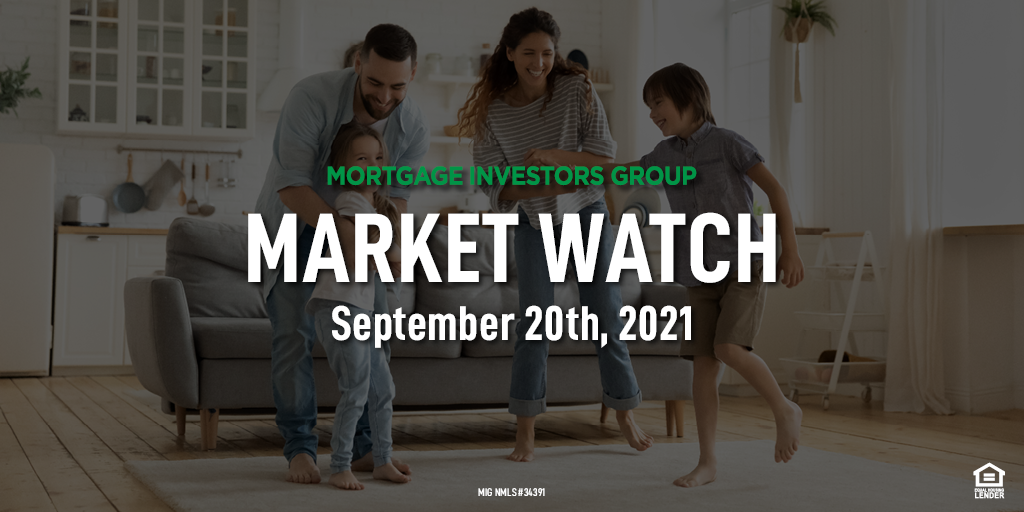 MARKET COMMENT
Mortgage bond prices finished the week lower which put upward pressure on rates. We started the week on a positive note with weaker than expected data and tame inflation readings. Industrial production rose 0.4% vs 0.6% and capacity use was 76.4% vs 76.5%. Consumer prices rose 0.3% vs 0.4%. The core rose 0.1% vs 0.3%. Selling pressure emerged Wednesday afternoon and continued into the end of the week in response to stronger data. Retail sales were higher with an increase of 0.7% vs an expected 0.7% decline. Weekly jobless claims were 332K vs 330K. Philadelphia Fed came in at 30.7 vs 19.0. Consumer sentiment was 71 vs 70. The Fed continued their billion-dollar daily MBS purchases, but it only stemmed some of the selling pressure. Mortgage interest rates finished the week worse by approximately 1/8 to 1/4 of a discount point.

Housing starts data is a leading indicator of the state of our economy. This report, provided by the Bureau of the Census, takes into account data from both single-family homes and multi-family dwellings. Building permits are also released with the housing starts data. By knowing the number of permits issued monthly, analysts can attempt to estimate for the upcoming months. Normally, starts are 10% higher than permits since all locations are not required to have a building permit.