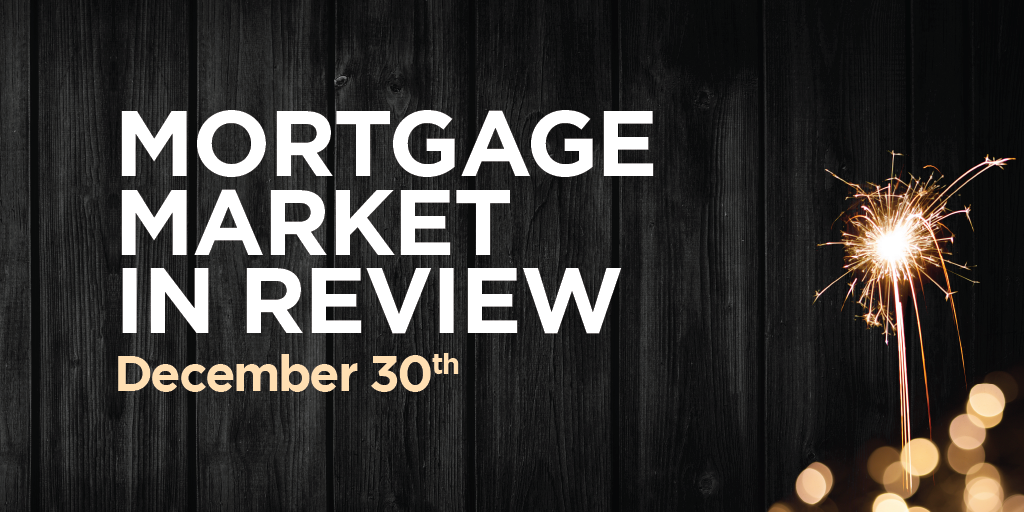 MARKET COMMENT
Mortgage bond prices finished the week higher which put slight downward pressure on rates. Rates fell Monday morning to start the week on a positive tone. Durable goods orders fell 2% versus the expected 1.4% decline. New home sales data was also worse than expected. Sales rose 719K versus the expected 735K increase. We reversed course Tuesday morning as stocks remained solid. The slight negative movement erased the Monday improvements. The Treasury auctions were mixed. The 2Y showed weaker foreign demand early in the week, the 5Y was solid Tuesday afternoon, and the 7Y was near average. Weekly jobless claims printed at 222K and continuing claims, a summation of all receiving benefits, at 1,719K. Traders expected claims at 224K and continuing claims at 1,722K. Mortgage interest rates finished the week better by approximately 1/8 to 1/4 of a discount point.

THE YEAR AHEAD
The future of the economy will continue to be debated. There is no certainty in predictions but the recent data, Fed statements, and Fed action clearly signal continued signs of improvement. The biggest concern recently has been the extreme stock strength. Stocks extended record highs and some analysts anticipate additional surges in the months ahead. However, the possibility for bumps along the way are real. Trade tensions between the US and China are expected to simmer as the most recent announcements indicate Phase 1 of the trade deal agreed to this month will be signed the first week of January. The UK’s exit from the European Union is also anticipated.

Recent analysis of Fed statements and projections favor no rate changes the first few months of the year but not all analysts are convinced things will remain rosy. Former Fed Chair Greenspan indicated inflation will “inevitably rise” and he isn’t alone in this thinking.

The positive for us is that the Fed is clear that they want to keep rates low for now. Their most recent statement indicated “Information received since the Federal Open Market Committee met in October indicates that the labor market remains strong and that economic activity has been rising at a moderate rate. Job gains have been solid, on average, in recent months, and the unemployment rate has remained low. Although household spending has been rising at a strong pace, business fixed investment and exports remain weak. On a 12‑month basis, overall inflation and inflation for items other than food and energy are running below 2 percent. Market-based measures of inflation compensation remain low; survey-based measures of longer-term inflation expectations are little changed.”

The Fed is clear that they will adjust policy considering “incoming information for the economic outlook, including global developments and muted inflation pressures.”