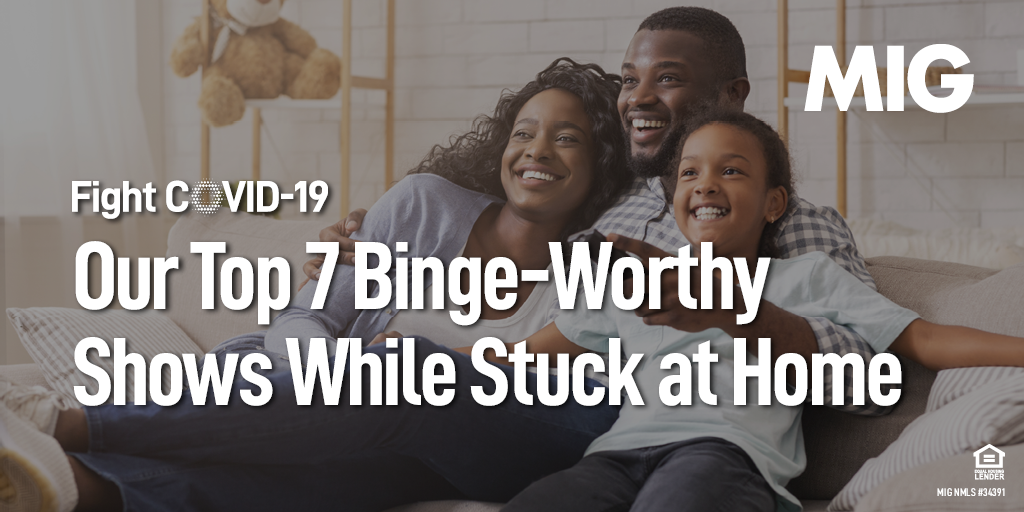 If you’re not already quarantined, self-isolating, or social distancing in some way, then it’s likely a matter of time. For some of us, this is a chance to stay safe and catch up on those shows we always hear people talking about around the office. But where to begin? With dozens of streaming services, serving thousands of shows and movies, it can be overwhelming deciding what to watch. Don’t worry, the man hours have already been spent curating the very best binge-worthy shows to watch while you’re stuck at home during the coronavirus pandemic.

Game of Thrones is an exciting sci-fi epic that follows rival kingdoms as they battle each other before having to come together to battle a common enemy. Filled with edge-of-your-seat action, betrayal, and romance, it’s no wonder the series captivated millions for eight seasons. With episodes ranging from 45 minutes to an hour and a half, be prepared to invest plenty of time watching the show, but it’s worth it.

Sex and the City was one of the most-watched shows on HBO in the late ’90s and early 2000s alongside The Sopranos. The show follows Carrie Bradshaw, a New York City columnist played by Sara Jessica Parker, and her three best friends as they navigate love, loss, and busy careers in the city.

Where to watch: Netflix

A modern take on the “classic” matchmaking reality show, Netflix introduces us to a group of men and women looking for love. The catch: they only get to speak to each other behind a wall in “pods.” Before they can see each other, they must go on “dates” with each other and decide if and who they want to marry. Drama, jealousy, and yes… even love ensue. Season one is available now with season two on the way. This show is quick start to finish.

The show that launched a number of smash hits on AMC, Breaking Bad is a thrilling journey of a New Mexican high school chemistry teacher who, when faced with life-changing news, turns to making and selling drugs with his former student as a financial safety net. Things escalate quickly and Walter White will never be looked at the same way again.

Now in its 16th season, Grey’s Anatomy follows Meredith Grey and a team of medical students as they navigate life transitioning from interns to doctors. Based in Seattle, the show covers social topics, emergency situations, and inter-office romance.

A small-town municipal parks and recreation department struggles to function in a government that is underfunded and lacking in every way. While technically led by a Libertarian Recreation Director named Ron Swanson (who doesn’t believe in the government or using taxpayer dollars to fund even his own department), it’s really the ambitious Deputy Director Leslie Knope that is the heart and soul of the department. Loaded with humor, the powerful cast of Amy Poehler, Aziz Ansari, Rob Lowe, Rashida Jones, Nick Offerman, and Adam Scott make this show a “must watch.”

Curb Your Enthusiasm is the story of “life after Seinfeld” for co-creator Larry David. A sometimes dark, and always cringe-worthy show, Curb shows the strange dynamic of always being recognized as a celebrity while struggling to find work after creating a smash hit television show. The show features cameos from many Seinfeld cast members.

Did we miss a must-watch TV show that you’re enjoying? Tell us about it so we can add it to our watch lists at home.