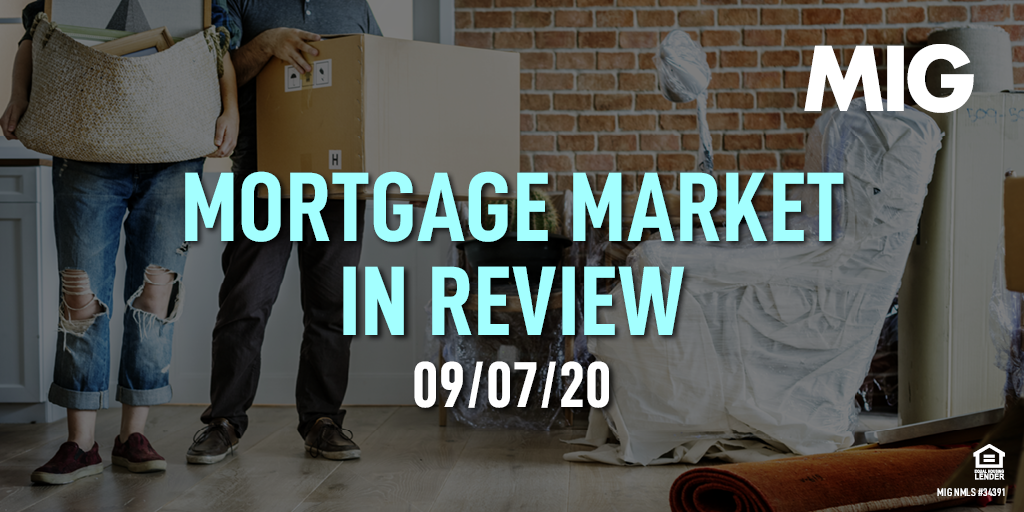 MARKET COMMENT
Mortgage bond prices finished the week slightly higher which kept rates near unchanged. Rates were flat to slightly improved most of the week until Thursday afternoon and Friday morning. The Fed continued their MBS purchases. The data was mixed but the all-important employment report showed economic recovery. ISM Index came in at 56 vs the expected 55 mark. ADP employment was 428K vs the expected 1M. Factory orders rose 6.4% vs the expected 5.7%. The Fed Beige book indicated “Economic activity increased among most Districts, but gains were generally modest and activity remained well below levels prior to the COVID-19 pandemic.” Unemployment came in at 8.4% vs the expected 9.8%. Payrolls rose 1.371M vs the 1.2M expected increase. Mortgage interest rates finished the week unchanged to better by approximately 1/8 of a discount point.

CONSUMER PRICE INDEX
The Consumer Price Index is widely accepted as the most important measure of inflation. The CPI is a measure of prices at the consumer level for a fixed basket of goods and services. The National Statistics Office and the Bureau of Agricultural Statistics of the Department of Agriculture collect price data for the computation of the CPI. Since it is an index number, it compares the level of prices to a base period. By comparing the level of the index at two different points in time, analysts can determine how much prices have risen in that period.

Unlike other measures of inflation, which only factor domestically produced goods; the CPI takes into account imported goods as well. This is important due to the ever-increasing reliance of the US economy upon imported goods. Analysts primarily focus on the core rate of the CPI which factors out the more volatile food and energy prices. Oil prices are always a concern from an inflation perspective. Inflation, real or perceived, erodes the value of fixed income securities such as mortgage bonds.