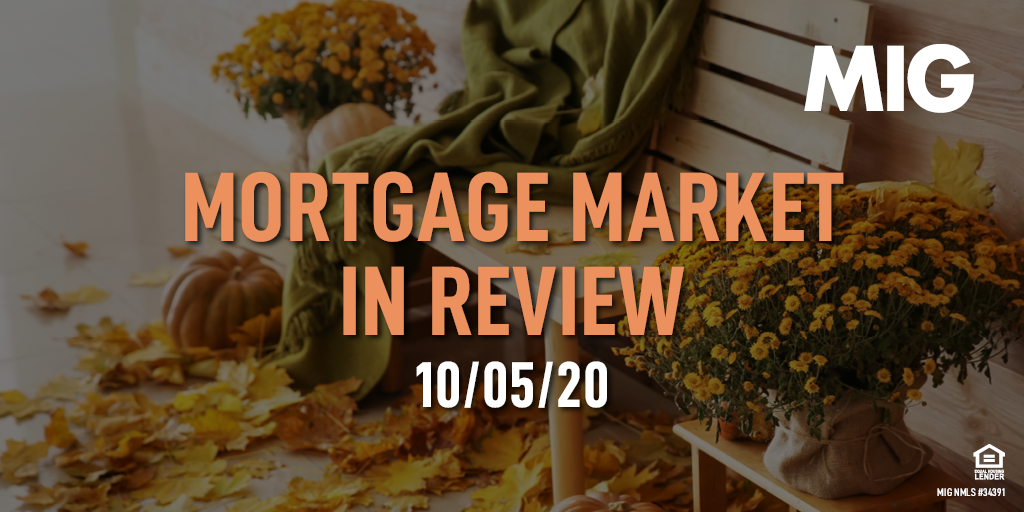 MARKET COMMENT
Mortgage bond prices finished the week slightly higher which put a little downward pressure on rates. Rates were quiet the first portion of the week despite solid data. Consumer confidence was 101.8 vs the expected 88.5. The Fed dominated trading again with billions of dollars of MBSs daily. Tame data Wednesday kept rates in check that morning. ADP employment was 749K vs 700K. Q2 GDP fell 31.4% vs the expected 31.7% decrease. Personal income fell 2.7% vs the expected 2% decline. Spending rose 1% vs 0.6%. Core PCE inflation rose 0.3% as expected. Weekly jobless were 837K vs 850K. Unemployment was 7.9% vs the expected 8.2%. However, non-farm payrolls rose 661K vs the expected 800K. Factory orders rose 0.7% vs 1.2%. Sentiment was 80.4 vs 79. Mortgage interest rates finished the week better by approximately 1/8 of a discount point.

TRADE DATA
In the distant past the US economy tended to be viewed as relatively unaffected by economic activity in other countries. However, increased trades with other countries and an increased reliance on foreign purchases of US debt have generated a market awareness of trade-related issues. The exchange rate of the dollar and foreign trade flows are interrelated. One must buy dollars to purchase US exports and sell dollars to buy imports. Likewise, foreign investment in US debt requires the purchase of US dollars and is thus affected by exchange rates.

Each month the Commerce Department gathers an enormous amount of detailed data on exports and imports. The data is broken between goods and services trade. The overall trade balance is the dollar difference between US exports and imports on a seasonally adjusted basis. The report also highlights trade flows between the US and various partners. Since the mid-1970’s, US imports of consumer and capital goods have exceeded exports, so a merchandise trade deficit has existed. The US has always maintained a service trade surplus, and because this surplus is not enough to offset the merchandise trade deficit, a net export deficit has resulted.

Due to the overwhelming amount of data considered, trade is difficult to forecast, and can present surprises. For a variety of reasons, the financial markets will often be unaffected by surprises in trade data. However, the data still can cause mortgage interest rate volatility.