Feel the Love With These Romantic Comedies

Feel the Love With These Romantic Comedies 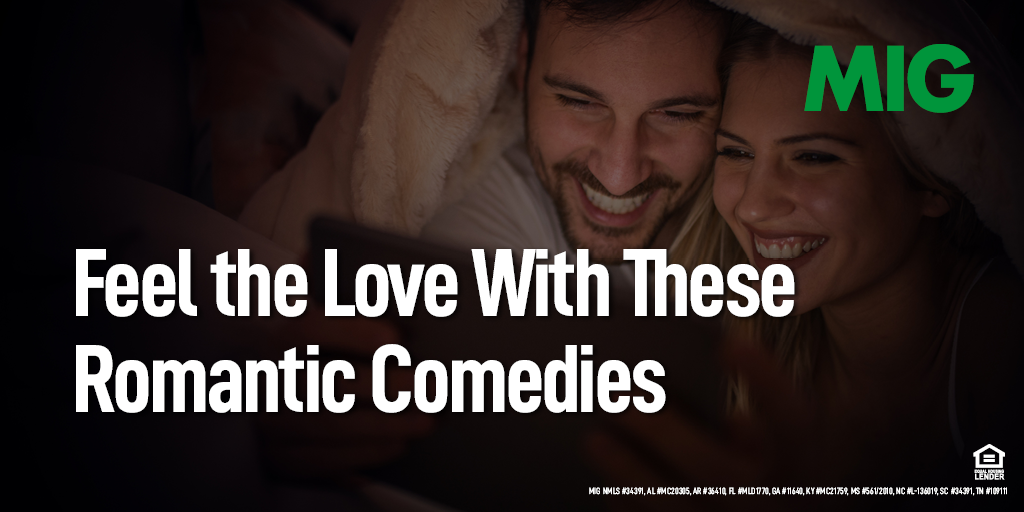 During a cold winter weekend, grab some pillows and fluffy blankets, then curl up with the one you love for movie night. What’s on the playlist? The best romantic comedies ever made, of course. This list of the best old and new rom-coms will keep you and your significant other entertained for 24 hours straight.

First, let’s talk about the best movies that were made in the last few years.

“To All the Boys I’ve Loved Before”

Channel your inner teenager and lose yourself in this movie, which actually has three parts. A shy teenager writes letters to all the young men she has crushes on in the past. Unfortunately for her, they get mailed by accident, which takes her down an unexpected road.

A beautiful woman raised simply by a single mom falls in love with a mega-rich man from a wealthy, powerful Asian family. When she agrees to go meet his family in Singapore, sparks fly. The meshing of complete, unabashed excess and heartfelt emotions in this movie makes it a must-watch on any modern rom-com list. The hilarious supporting cast is a big bonus, too.

Bradley Cooper plays a character who just got out of a mental institution and is living with his parents. Jennifer Lawrence’s character offers to help him get back with his wife. The catch is that he must compete in a dance competition with her. This movie is thoughtful and funny, with great writing and character development.

The 21st century didn’t corner the market on fabulous rom-coms. Looking back into the 80s and 90s, there are plenty of choices that will keep you enthralled deep into the night.

Jack Nicholson and Diane Keaton could take turns reading the back of a milk carton and it would be entertaining, but this movie has great writing to go along with the talented cast. Nicholson plays a man who loves uncomplicated younger women, but he gets a curve ball thrown at him when he falls for Keaton’s character. There are parts of this movie that will make you laugh until your stomach hurts.

You wouldn’t think a hooker as a main character would be romantic, but this movie makes it work. The fun music throughout the movie is just icing on the cake. With a dashing, wealthy hero (Richard Gere) and a funny, heartwarming plot line, you’ll fall in love – and laugh your head off – with this couple by the end.

Can a woman and man be “just friends” is the premise of this famous rom-com. There are many fun and sweet moments throughout this movie, and Billy Crystal and Meg Ryan sparkle as the main characters. The New York City backdrop is a delicious bonus.

As a widower with four rambunctious sons, Kurt Russell is just trying to make a living. When a spoiled rich lady, played by Goldie Hawn, falls off her yacht and ends up with amnesia, he convinces her they are married. This film is fun, funny, and heartwarming and deserves a place high on your rom-com must-see list. Maybe you’re in the mood for some true classic rom-coms, before they were even called that! Here are some of the best movies that have aged gracefully, still as funny and charming as they were when they first hit theaters.

Audrey Hepburn, the song “Moon River” and Tiffany & Co. conspire to create an iconic film that hasn’t dulled through the decades. Will she make the right decision and follow her heart? You’ll have to wait until the end to find out.

Snappy dialogue and a struggle with what the main character, played flawlessly by Rosalind Russell, must decide keeps this movie interesting and relevant many years after it was made. Set in the media industry in the 40s, the writing is both sharp and on point. The chemistry between the two main characters is off the charts.

“Woman of the Year”

This romantic comedy from 1940 is about two coworkers living in Budapest who don’t get along. But their annoyance blossoms into true affection without them even knowing it. You see, they are sending anonymous letters to each other. What will they do when they find out? Watch and see!

Get into your pajamas, pop some popcorn and mix some hot chocolate, and binge watch this list of rom-com movies with the one you love. It’ll be an evening of laughs and fun for sure.