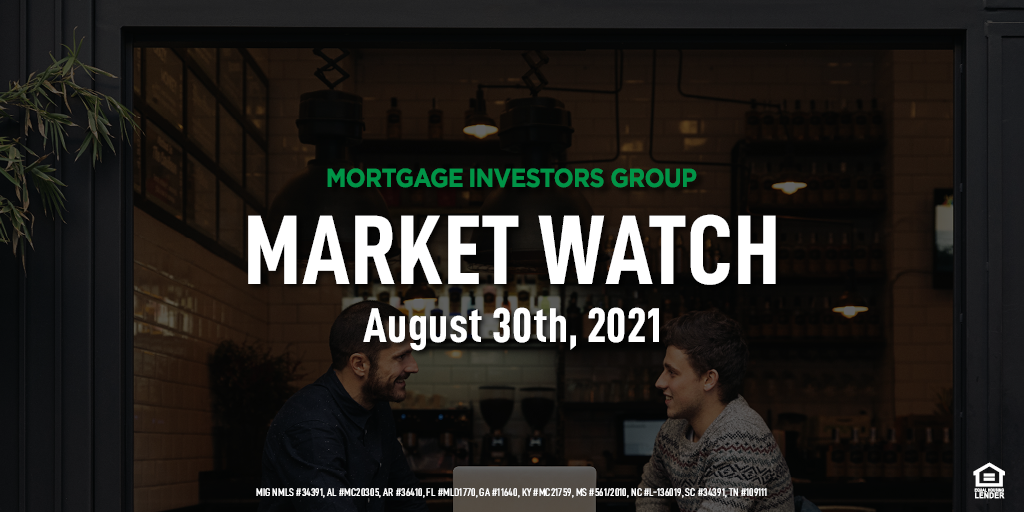 Mortgage bond prices finished the week slightly lower which put upward pressure on rates. Rates were worse Monday morning as stocks showed strength. Those losses were reversed Tuesday morning, but the positive movements were short-lived as selling reignited Tuesday afternoon. The housing data was mixed. Existing home sales were 5.99M vs 5.82M. New home sales were weaker than expected at 680K vs 700K. Durable goods orders fell 0.1% vs the expected 0.3% decline. Weekly jobless claims were 353K vs 350K. GDP rose 6.6% vs 6.7%. Core PCE prices rose 0.3% as expected. Income rose 1.1% vs 0.2%. Spending rose 0.3% as expected. Sentiment was 70.3 vs 70.5. Mortgage interest rates finished the week worse by approximately 1/8 of a discount point.

U.S. consumers benefitted from relatively tame oil and gas prices for some time. In the early 2000s consumers enjoyed low gas prices with a barrel of oil around $20. By the summer of 2008 oil prices hit all-time highs with prices over $140 a barrel and gas prices rose accordingly. Only a few years ago we were told that $100 a barrel was the new ‘normal.’ That all reversed and consumers once again benefitted from low prices. Some attributed the past highs to “peak oil” levels while others argued they were due to supply and demand. Others called it a “bubble” led by speculation and momentum trading. Whatever the cause, inflation fears tied to rising energy prices reignited recently as we saw oil prices hit $67 a barrel. Last week there were reports that attributed higher oil price levels to concerns that global instability could result in issues in oil-producing regions of the Middle East and Central Asia. In addition, the U.S. Energy Information Administration’s (EIA) reported that US crude inventories fell as overall fuel demand increased. The recent price spikes were tempered a little by a return of virus concerns. As more restrictions are implemented demand could decrease but continued volatility is likely.